I’M NOT A TRIBALIST - CHITIMUKULU 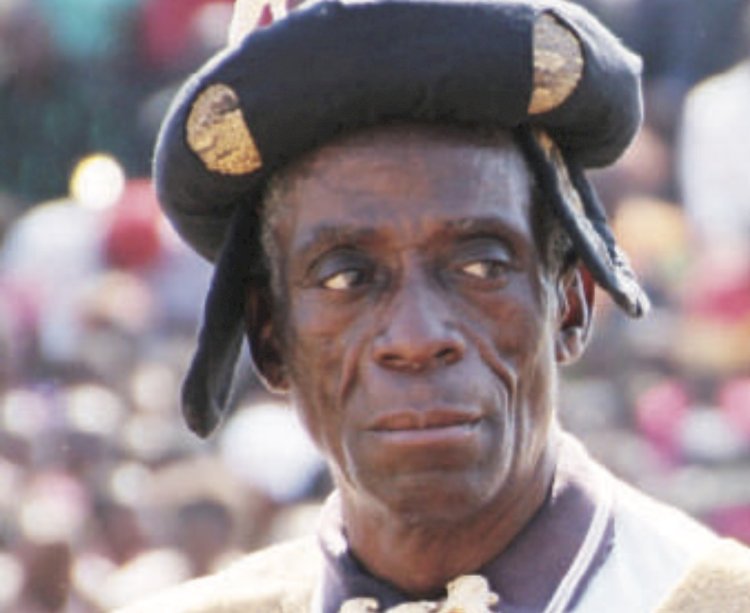 And Chitimukulu has supported sen- timents by UNZA lecturer Mbita Chitala on the need for the nation to seek home- grown solutions as opposed to going back to the International Monetary Fund for a stimulus package.

He warned that the IMF would come with harsh conditions which he stated would weaken the government result- ing in problems for the civil service and other sections of the economy including removal of subsidies.

On the issue of being a puppet because he was being paid by the government, the chief said, he was not the only being paid but all chiefs, including his friend and a staunch UPND, Chief Mukuni. “We get K15,000 and not the money Lukuku was mentioning.

“Even my friend Mukuni, a staunch UPND, also gets paid,” he said.

And the Paramount Chief has dis- closed that the Mwinelubemba will on Monday form a nongovernmental or- ganisation (NGO) to teach people on the importance of voting and to make sure they vote.

Chief Chitimukulu who denied being a tribalist said he did not tell his subjecs to vote for a particular party but merely encouraged them to vote and to stop vote apathy.

He was speaking during on his weekly special programme on Kasama Radio yesterday.

The chief wondered if it was tribal to tell people to vote and stated that there was nothing wrong telling his subjects to vote in large numbers.

alliance spokesperson James Lukuku and claims that he was a tribalist.

The traditional leader said he saw nothing tribal about encouraging his subjects to vote.

Why can’t I tell my people to vote.

“Lukuku is thinking like we are in the 1960’s – balishalila and that is why he is talking of puppets like in the colonial days. I can’t pay attention to him. But I have a dossier on him now,” Chitimukulu said.

“Why are people afraid of Bembas vot- ing en mass . We hear that side (Southern province) each MP must have so many registered voters to be adopted. But here, MPs do not even bother,” he said.

“ Bembas should not worry but must be encouraged to register to vote. We do not mind the tribe, but someone who will work for us and help us,” said chief Chitimukulu.

He said government and chiefs must co-exist for the sake for development be- cause traditional leaders were the links and that every chiefdom must respect the government of the day.

He said projects cannot work if tradi- tional leaders were left out because chiefs know which areas needed held and that even the World Bank supported this.

Commenting on the education system, Chief Chitimukulu said it was sad that people nowadays didn’t have capacity to think hard because the school system doesn’t teach people to think.

People, he added, were used to leakag- es, a situation which he said made it im- possible for them to think deeply.

“I have been part of research of tribes since independence. Tongas had no chiefs and had no one to talk for them

when white people came. So they ap- pointed representatives from communi- ties.

Tongas are hardworking and very self-motivated and have stamina for work. They have characteristics called raw generation.

Chitimukulu also said he had lost re- spect for Jack Kalala, former presidential aide to president Mwanawasa because of his writings.

By ROGERS KALERO THREE people in Kitwe including a teacher have been arrested after...

‘Zambia could have raised US$220bn in cannabis exports’

By SANFROSSA MANYINDA ZAMBIA would have made about US$220 billion in revenue between...

BY NOEL IYOMBWA LUSAKA has experienced a spike in Brought In Dead (BIDs) cases,...

Is Africa heading for a coronavirus second wave?

With some of the most populous countries across Africa seeing increases in Covid-19...